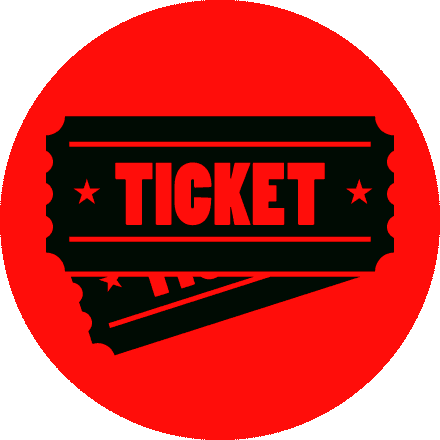 Venue: Maxilla Hall, 2A Maxilla Walk, London, W10 6SW
Tickets will be posted in August 2022
All profits will be donated to Justice4Grenfell
Save this product for later
Display prices in: GBP

This November will mark twenty years since Joe Strummer last performed on a London stage. It was no ordinary gig; Joe and his band, The Mescaleros had agreed to headline a benefit for striking firefighters which had been organised by the Acton branch of the FBU. The venue was Acton Town Hall, a once magnificent municipal edifice that had become suitably ramshackle and run down. The scene was set for a gig that would have the rousing energy reminiscent of Clash shows.

A febrile combination of several hundred London firefighters and a contingent of Strummer's most hardcore fans made for a heady mix. Coming off the back of a 48 hour national strike there was a beer fueled belligerent edge to the camaraderie and conviviality - an edge that saw comedian Mark Steel all but bottled off stage!

It took the forbearance of Joe and the Mescaleros' opening number, the brooding Shaktar Donesk to establish a mood of calm-before-a-storm. The band quickly upped the tempo with a succession of Mescaleros stormers including new number, Karma Girl as well as a generous helping of Clash classics. The gig was already shaping up into something of a classic show when, in the words of the then FBU General Secretary, Andy Gilchrist, 'just when you thought the night couldn't get any better up gets Mick Jones rekindling everyone's memories of the Clash on stage'. For the first time in almost twenty years Strummer and Jones were indeed on stage playing Clash songs together. The crowd had a riot of their own - we were arms aloft in Acton Town!

Sadly the rest is also history. Just six weeks later Joe left us and a generation lost a hero. Thanks to the determination of firefighter, Sian Griffiths, the Fire Brigades Union were given permission by the London Fire Brigade top brass to provide a guard of honour at Joe's funeral.

Firefighters, ex-firefighters and other trade unionists have continued to honour Joe's gesture of solidarity. In 2007 we went back to Acton Town Hall with Tymon Dogg and Billy Bragg for the 5th anniversary. In 2012 Acton Town Hall was no more so we marked the 10th anniversary at The Tabernacle with The Men They Couldn't Hang and Hard-Fi; then, for the 15th anniversary it was under the Westway for the 'thrilla at Maxilla with Mick Jones and the Rotten Hill Gang.

The twentieth anniversary will also be marked at Maxilla. The event will kick off at 7pm on Saturday 19th November 2022. Anyone who attended the first thrilla at Maxilla in November 2017 and the International Clash Day 'sequel' in February 2020 will know what to expect. It's another festival size line-up: Mick Jones' muckas and kings of their manor, the Rotten Hill Gang will saddle up again and who knows who they'll bring along for the ride! Take the Fifth take their name from the Clash's second US tour, they play the songs of the Clash (not just the obvious ones) and nobody does it better! Strummer's musical mentor and sometime Mescalero, Tymon Dogg will once again take to the stage as the living link from Joe's earliest busking days to the Acton FBU benefit. Support comes from south London's finest counter culturalists, Brigade Junk; Sutton's most famous son, Comrade X; S*M*A*S*H frontman, Ed Borrie; the thrilling Joe Williams and some contemporary lo-fi, neo soul jazz from youngster, Axilia. All punctuated with the soundtrack of our lives courtesy of Mr Ray - Rude Boy - Gange. Tickets are on sale now - booking early is advised!

A night to go down in history... Epic!!! Just a shame Joe wasn't there. The real deal. 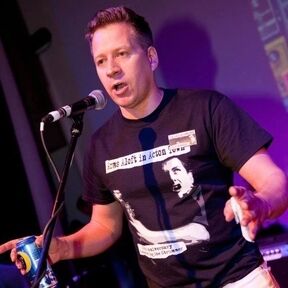 Arms Aloft in Acton Town was set up by members of the Fire Brigades Union and other trade unionists who wanted to memorialise Joe Strummer and the Mescalero's support for the FBU at Acton Town Hall on the 15th November 2002. We returned to Acton Town Hall in 2007 with Billy Bragg and Tymon Dogg and put on a 10th anniversary event at the Tabernacle with Hard-Fi and the Men They Couldn't Hang in 2012. Then, in 2017, Mick Jones joined the Rotten Hill Gang under the Westway to celebrate the 15th anniversary of Acton and gave us the 'Thrilla at Maxilla' - a night no one who was there will ever forget! The Acton FBU benefit was a generous and inspiring shot in the arm for striking fire fighters during a bitter national dispute and now symbolises all the reasons Joe Strummer continues to be so well remembered twenty years after his passing.